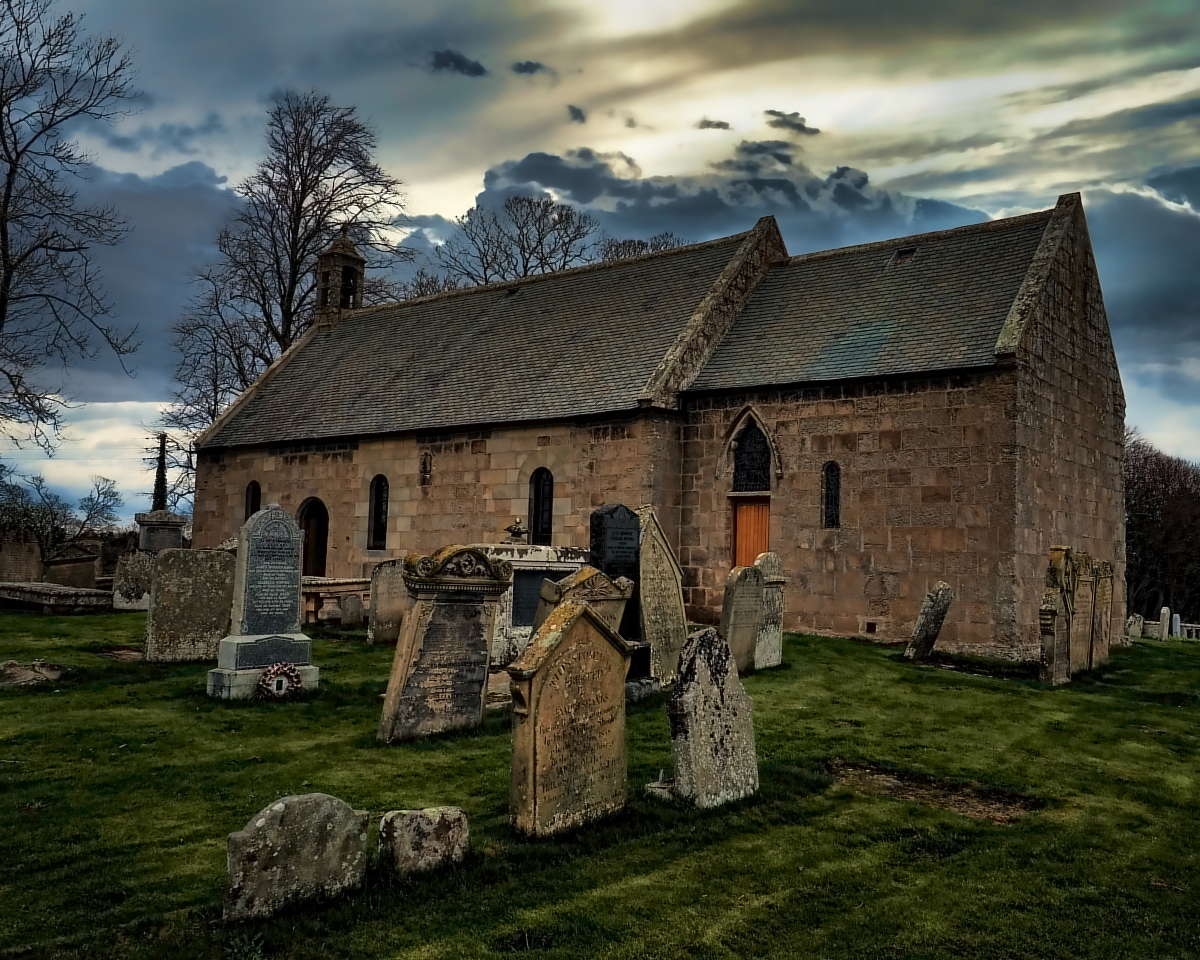 The Wizard of Gordonstoun looked behind him. The Devil’s black stallion was gaining on him. The hellhounds were snapping at the heels of the wizard’s horse. In one last desperate attempt, the wizard pressed his heels into his horse’s flanks. The beast charged forward, snorting and whinnying as it galloped through the thunder and howling winter winds. If only he could reach consecrated ground. Birnie Kirk was in sight. He was almost there. Almost….!

Who was the Wizard of Gordonstoun?

Today Gordonstoun is more famous as the exclusive private school in Moray which can boast an Alumni such as Prince Philip and his son, Prince Charles. However, in the 1600s, its claim to fame was its somewhat eccentric owner.

Sir Robert Gordon, 3rd Baronet of Gordonstoun (1647-1704) was a scholar and a scientist, particularly skilled in the fields of chemistry and mechanics. As a result, he entered into a long correspondence with the ‘celebrated philosopher, Mr Boyle’. This surely must be the famous natural philosopher (physicist) and chemist Robert Boyle, the discoverer of Boyle’s Law. Boyle’s law relates to gas in a container: the smaller the container, the greater the pressure of the gas.

One of Sir Robert’s significant achievements was to invent a ‘better sea pump’ for the British Navy. Samuel Pepys, the famous diarist, was Secretary to the Navy during 1687. He obtained a warrant from King James II of England or James VII of Scotland to repay Robert £318 in recompense for this work, which according to Pepys was ‘beyond what has ever been achieved by the present ordinary chain pump.’

Indeed, he became a bit of a favourite with King James who took a keen interest in his inventions and made him a gentleman of his household.  He was knighted in 1673. Then, on the 3rd February 1686, he was elected Fellow of the Royal Society, joining the ranks of other eminent scientists including Isaac Newton, Charles Darwin, Michael Faraday, Ernest Rutherford, Albert Einstein, Francis Crick and more recently Stephen Hawking and Elon Musk.

The following year, he appeared before the Royal Society and, ‘by the king’s command’ presented his work ‘Receipt to cure Mad Dogs or Men or Beasts bitten by Mad Dogs.’ He also was involved in politics, representing Sutherlandshire in the Scottish Parliament and the Convention of the Estates of Scotland.

But perhaps he is best known for the notoriety he achieved as ‘Sir Robert the warlock’.

The Origins Behind the myth of the Wizard of Gordonstoun

Sir Robert completed his education in Padua in Italy where he studied mechanics and chemistry. As the Early Modern Era of History dawned in Scotland, the boundaries between chemistry and alchemy are not as clear as they are now. Chemistry was the science which emerged from the older alchemy which in turn was a fusion of science, philosophy, and mysticism. Scotland was on the cusp of the Age of Enlightenment, but people were still bound by superstition and fear of the unknown.

This was the height of the Scottish witch trials. The Scottish Witchcraft Act of 1563, was introduced during the reign of Mary Queen of Scots and made ‘witchraftis, sorsarie and necromanie’ and the consulting with witches, a capital crime. The belief was that witches derived their supernatural powers by giving up their souls to Satan.

Thus, when Robert returned from overseas which his new ideas and wealth of knowledge, he was viewed with suspicion. There could only be one explanation; Robert was a wizard.

A Pact with the Devil

The rumours began to fly. The Wizard of Gordonstoun had ‘given himself away’ to gain more knowledge. He had sold his soul to the devil for a period of thirty years and for an understanding of science. He conducted his experiments in a building known as the round square, a perfectly round building next to his mansion. The round house was connected to Sculptor’s Cave at Covesea. This was a cave filled with the skulls of children. Here he was said to carry out his nefarious deeds.

He was said to dance with naked women and to play cards with the devil, in a tale reminiscent with that of the Wolf of Badenoch or of General ‘Bloody’ Tam Dalyell. He had slow-cooked a salamander, over the course of seven years that it might reveal its alchemical secrets.  And, the final damning proof that he had entered into a pact with the devil- he had no shadow.

It was only his wealth and high connections that spared him from the witch pricker’s needle and the horrors of a witch trial.

The Day of Reckoning for the Wizard of the North

His thirty years came to an end in November 1704. The night before the debt was due, the devil appeared to him. On the morrow evening at Midnight, the devil would come for his soul.

But Sir Robert was not about to go willingly. He enlisted the help of the Minister from Duffus to sit with him and ward off the devil. They retired to the Round Square. While they awaited Sir Robert explained that he had built the house on the round so the devil could not corner him. As midnight approached, the winds howled and lightning struck. The minister in terror fled and told Sir Robert to do the same, urging his to go to the nearest consecrated ground at Birnie Kirk. (This seems somewhat odd as Birnie is to the South of Elgin. Lossiemouth, Duffus and Elgin itself all have churches closer to Gordonstoun).

The Wizard of  Gordonstoun Flees from The Devil

Robert mounted his horse and fled into the night. It soon became apparent the devil was following in hot pursuit on his black stallion. Nor was he alone for he came with an entourage of Hellhounds. As Robert approached Birnie Kirk, the hounds attacked, sinking their teeth into the poor horse’s rump. In agony, the horse threw its rider, who, as a result, broke his neck. The hounds began to devour the horse and the devil wailed in horror. Sir Robert, the Wizard of Gordonstoun lay dead within the grounds of the Kirk. The devil was unable to win his prize. Sir Robert’s body was recovered and taken to Elgin. It is said that the night before his funeral, his body disappeared, and a coffin of bricks was buried in its place.

The wizard, Sir Robert of Gordonstoun?

The despot o’ Duffus and friend o’ the De’il.”

The Reality of Sir Robert’s death

In reality, Sir Robert died in his bed in 1704. Afterwards, his widow erected the Michael Kirk on the estate grounds as a mausoleum. Thus, perhaps it is a tale that reminds us that as Enlightenment dawned upon the world, the emerging scientists were viewed with suspicion and frequently maligned by those who found their new discoveries to be dubious and almost heretical. 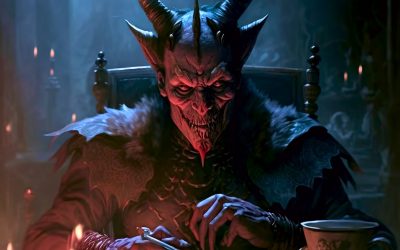