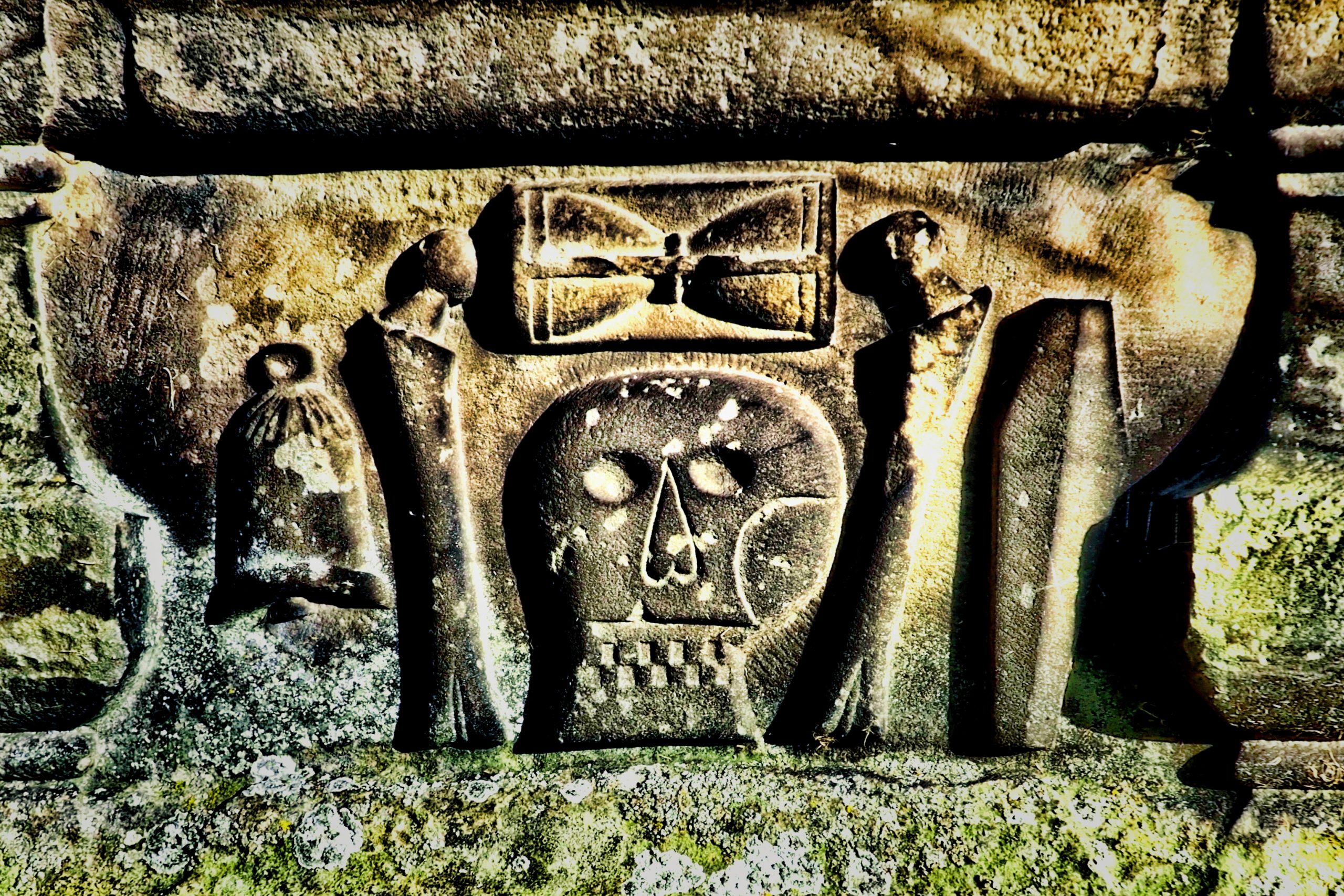 Why Was the Skull and Crossbones Carved On So Many Old Scottish Gravestones?

A visit to Elgin Cathedral reveals a haphazard array of tombstones eerily carved with the skull and crossbones, coffins and hourglasses. It seems almost morbid and creepy to us with our modern sensitivities and a culture where talk of death is taboo but let’s rewind back a few hundred years to post-reformation Scotland. In a world of poverty, large families, poor sanitation and little by way of medical understanding, death was a common visitor. Epidemics of smallpox, measles and whooping cough would sweep through communities and death’s icy hand would steal away the most vulnerable. The emblems of mortality engraved on the tombs were there to give hope, a reminder that there was an afterlife after our loved ones’ passing.

Housed within the walls of Elgin Cathedral are large stone sarcophagi, medieval in nature and hold the earthly remains of the nobility and high-ranking clerics of the time. However, outside the walls, a mishmash of tombstones has been squeezed into the Cathedral grounds. But this was not the original resting place of the occupants. Indeed, the remains of those named on the tombstones are located elsewhere: in a mound in the south transept of the Cathedral. Originally, they would have been buried in Saint Giles Kirkyard on Elgin High Street.

A church dedicated to Saint Giles, patron saint of cripples, had been built on the High Street since the twelfth century. In 1820, construction began on a new church with an elegant Greek facade. The gravestones had to go! The more interesting gravestones and those belonging to more notable people (i.e. those with money) were transported to Elgin Cathedral. It soon became apparent that space was running out and the arrangement became increasingly haphazard to squeeze in the last of the stones. Not all the stones made it to the Cathedral, with some being used to pave the back streets behind the High Street.

Before the 1800s few of the common people could read and write, including the stonemasons who carved out the monumental inscriptions. As a result, the engraved carvings were not meant as decorations but were symbols that the layman could understand. Heraldic devices, trade tools and emblems of mortality all made their way onto the tombstones.

Emblems of Mortality:
There are regional differences about what is added to a tombstone. In Elgin the following emblems were recurrent:

Skulls and crossbones, skeletons and single bones
An indicator of death and mortality.

Hourglass
A reminder of the remorseless of march of time.
“My Glass is run, and yours is running
Mind Death for Judgement’s coming.”

Winged Soul
The winged soul, composed of an angel’s head or skull and paired with wings is a symbol the release of the human soul.

Memento Mori
These Latin words, literally meaning ‘Remember you must die’ are a grim reminder from beyond the grave to remember death and live well.

Bell
The call to come to church for the funeral service.

Coffin
The person has passed on and are in the grave.

Trade or Craft Symbols:
Farmer: A spade
Peat Cutter: A half spade
Grave digger: A spade and a half spade.
Glover: A Glove with a flared cuff and scissors. 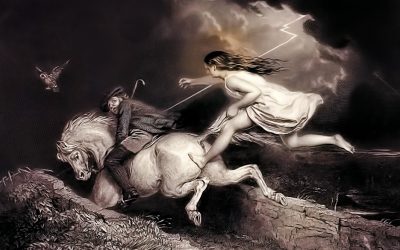 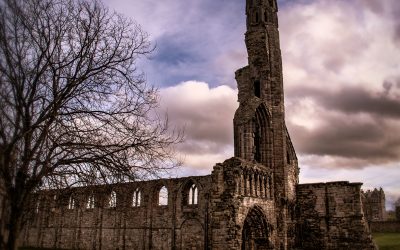 St Andrews Cathedral is the place to visit if you are interested in stones, bones, and ghostly groans. Like all of Scotland’s ancient buildings, it... 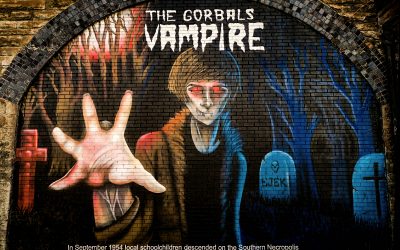 The Gorbals’ Vampire: The Iron-toothed, Child Eater who Terrorised Glasgow

The words ‘The Gorbals’ Vampire’ spread from lip to lip. Wide-eyed, the children relished the horror of the tale. It had pale skin! Its eyes were...