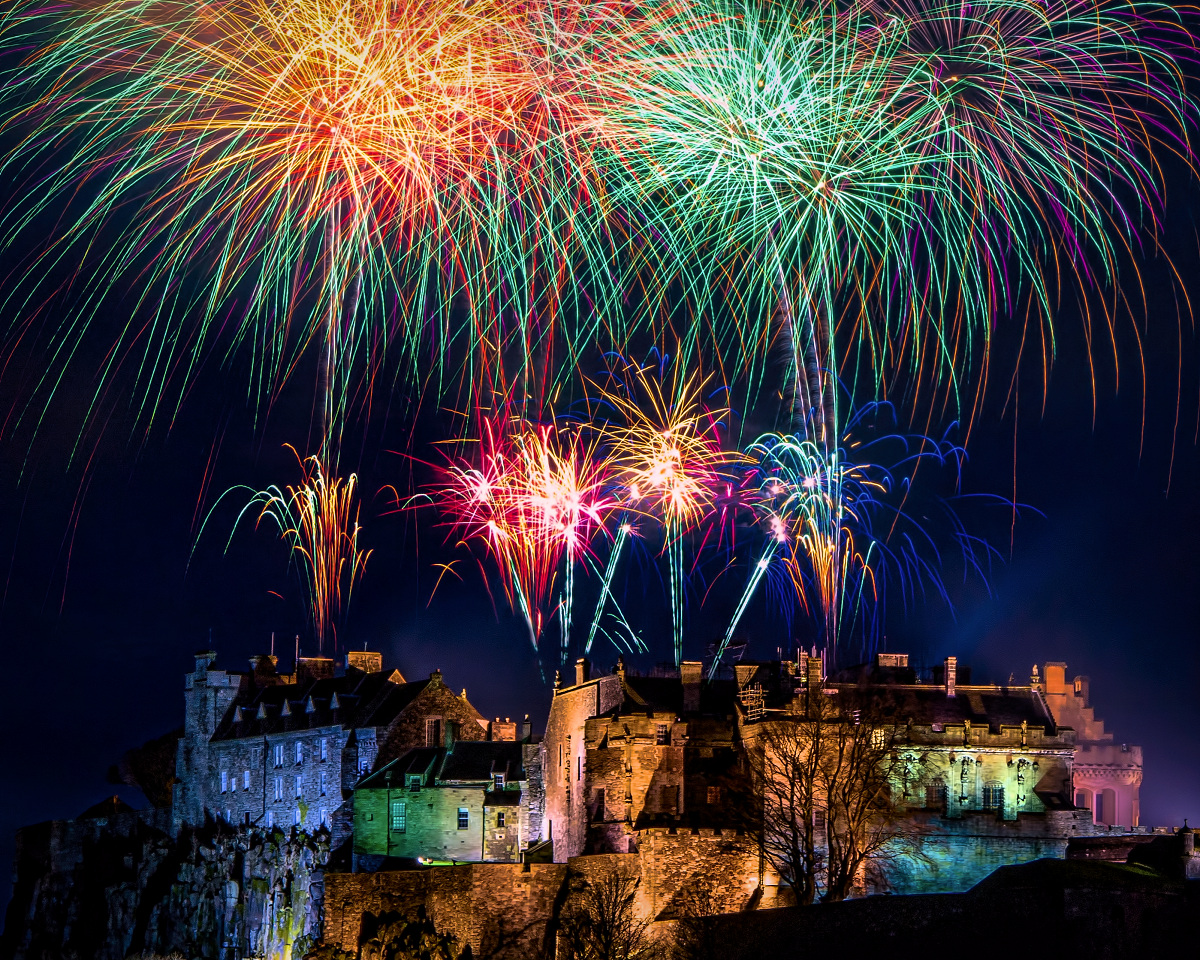 Hogmanay is by far the biggest celebration in the Scottish year. Traditionally it surpasses Christmas in the degree to which it is celebrated. But why?

From ancient times the Winter Solstice has been celebrated by the early people of Scotland. With the coming of Christianity, Christmas became a major celebration. However, during the Protestant Reformation, the Scottish folk embraced conservative, Calvinist beliefs with unparalleled zeal. Any activity that could be seen as extravagant, or as celebrating superstitious ideals, was heavily frowned upon; this included the celebration of Yule. Christmas celebrations weren’t mentioned in the Bible, so Christmas was banned. Alas, the Scots people enjoyed a good shindig and so they moved the celebrations to New Year.

What is the Meaning of Hogmanay?

The first time the word Hogmanay is written in English is found in the records from Elgin 1n 1604. However, the original meaning of the word “Hogmanay” has been lost. A number of theories have been proposed:

Some of the traditions associated with Hogmanay include the following:

Traditionally, before you can celebrate the up and coming year, you must end the old year well. Thus the house was cleaned from top to bottom. It was considered bad luck to begin the New Year with a dirty house. Sweeping out the fireplace was a very important of the process and there was a skill in reading the ashes, the way some people read tea leaves. Another part of the annual clean-up was paying off all outstanding debts before the stroke of midnight. Afterwards,  someone would go from room to room carrying a smoking juniper branch to discourage evil spirits and to chase away disease.

First Footing is perhaps is the most famous of Scotland’s Hogmanay Traditions.  It is a ritual involving the first person to step into a household from the outside in a new year, usually just after ‘the bells’. To ensure good luck, a first footer should be a tall, dark and handsome man. Fair-haired first footers were not particularly welcome after the Viking invasions of ancient times.

The First Foot steps over the threshold with “A Happy New Year and Good Tidings to you and yours”. The First Foot will then hand the gifts to the keeper(s) of the household. Traditional gifts include a lump of coal to lovingly place on the host’s fire, along with shortbread, a black bun (a fruit cake covered in pastry) and whisky to toast to a Happy New Year. In Dundee, it was once customary to bring a preserved herring, dressed up in a crepe-paper bonnet and skirt.  The host will then offer the First Foot a drink which the First Foot will accept (typically whisky) to toast his/ her friends. All guests may have their glasses filled beforehand to join in the toast (traditionally “Slaínte!”).

It is considered unlucky to either not offer the First Foot a drink or for them to decline it. If the First Foot does not drink alcohol, a different beverage may be offered instead. This is symbolic of accepting blessings and “inviting good luck to stay”.  Showing up empty-handed is not only very rude but also bad luck!

Bear in mind, if you are a man going First Footing in traditional Scottish dress (i.e. the kilt) the temperatures are guaranteed to be extremely cold at this time of the year if you are venturing out as a true Scotsman!

The great Scottish bard, Robert Burns, was first to write down the classic song. However, he acknowledged that he was inspired by fragments of traditional songs from the past. The phrase ‘Auld Lang Syne’ itself means ‘old long ago’, which can be translated as ‘‘days gone by’. The song symbolises reunion – not parting, as some mistakenly believe.

At Hogmanay in Scotland, the normal practice is for everyone to joins hands with the person next to them to form a large circle around the dance floor. At the beginning of the last verse, everyone crosses their arms across their breast, so that the right-hand reaches out to the neighbour on the left. When the tune ends, everyone rushes to the centre, still holding hands. Everyone turns under the arms to end up facing outwards with hands still joined.

Should auld acquaintance be forgot,

and never brought to mind?

Should auld acquaintance be forgot,

and days of auld lang syne?

For auld lang syne, my jo,

And surely ye’ll be your pint-stoup!

and surely I’ll be mine!

And we’ll tak’ a cup o’ kindness yet,

We twa hae run about the braes,

and pou’d the gowans fine;

We twa hae paidl’d in the burn,

But seas between us braid hae roar’d

And there’s a hand, my trusty fiere!

Should old acquaintance be forgot,

and never brought to mind?

Should old acquaintance be forgot,

and days of long ago?

For days of long ago, my dear,

for days of long ago,

we’ll take a cup of kindness yet,

and surely I’ll buy mine!

And we’ll take a cup o’ kindness yet,

We two have run about the slopes,

and picked the daisies fine;

But we’ve wandered many a weary foot,

since days of long ago.

We two have paddled in the stream,

from morning sun till dine;

But seas between us broad have roared

since days of long ago.

And there’s a hand my trusty friend!

And give me a hand o’ thine!

Dook is a Scots word for ducking or dipping in water. The Loony Dook is a bizarre celebration which takes place on the first day of the New Year. Up to a thousand people in fancy dress jump into the freezing water of the Firth of Forth at South Queensferry. Urged on by the skirl of bagpipes, most people go in for a quick dip and retreat quickly. However, a few brave souls stay in for as long as half an hour. This event started in 1987 as a somewhat extreme attempt by a group of locals to find a hangover cure. Now people participate from all over the world!

Across the length and breadth of Scotland, Town and Village halls are filled with Ceilidhs or dances. A live band, complete with a fiddler or accordionist leads the celebration. Traditional Dances such as the Gay Gordons or Strip the Willow are taught to Scottish children at school from a young age. These dances are performed at weddings, social occasions and celebrations and, of course, Hogmanay.

However, if you want something a bit more metropolitan, Edinburgh, Scotland’s capital hosts an epic 6-hour street party for some 60,000 people.  A fireworks display from the ramparts of Edinburgh Castle sees in the New Year when the clock strikes midnight. The evening is packed full of activity with bands, DJs, street performers, dancers, acrobats and fire eaters taking to the streets.

Hogmanay in the Past

Fire has long played a role in Scotland’s Hogmanay celebrations. In the past Hogmanay would involve people dressing up in the hides of cattle and running around the village whilst being hit by sticks. The celebrations would also include the lighting of bonfires and tossing torches. Animal hide wrapped around sticks and ignited produced a smoke which was believed to ward off evil spirits: this smoking stick was also known as a Hogmanay.

Many of these customs continue today in the older communities of the Highlands and Islands of Scotland. For example,  on the Isle of Lewis, the young men and boys form themselves into opposing bands; the leader of each wears a sheepskin, while another member carries a sack. The bands move through the village from house to house reciting a Gaelic rhyme. The boys are given bannocks (fruit buns) for their sack before moving on to the next house.

One of the most spectacular of the Hogmanay Festivities is the Stonehaven Fireball Celebration. About 50 to 60 big, burly men (and in recent times- women) parade through the streets of this ancient fishing village swinging balls of fire above their heads at the strike of midnight. The fireballs are packed in wire cages and attached to strong, five-foot-long wire ropes. The fireballs are eventually flung into the harbour.

The ceremony dates from a fisherman’s festival in the 19th century but these torch processions pre-date Christianity. It has been theorised that the fireballs signify the sun or a shooting star or that they purify the world by consuming evil and warding off witches and evil spirits.

A more modern addition to the fire festivals is the Edinburgh Torch Procession. Inspired by Shetland’s Up Helly Aa Viking torch processions, thousands of people take to the streets with flaming torches, carrying them through the heart of the historic old town of Edinburgh. The route takes them down one of its oldest streets, the Royal Mile.  The Procession passes the palace of Holyrood (Queen Elizabeth’s Scottish residence) culminating in Holyrood Park.

This is a very old Highland tradition which involved blessing the house and livestock with holy water from a local stream.  This is sourced from a river ford which is said to be crossed by both the living and the dead. After the blessing with water, the woman of the house would go from room to room with a smouldering juniper branch, filling the house with purifying smoke. Of course, mayhem was sure to follow.  Windows had to be thrown open as the household coughed and choked on the smoke, and reviving drams (or two or three) of whisky would be passed around.

The Ba’ Game in Kirkwall

Kirkwall’s Ba’, is an enormous game ofball played in the streets of the Orcadian capital on New Year’s Day.  It is a sporting tradition which hails from the 1800s. The aim of the game is to keep hold of the elusive leather ball, with two teams competing for ultimate victory: the Uppies and the Doonies. Which team you join is historically based on which part of the island you’re from. The Ba’ is thrown into the excitable crowd of several hundred, and the game finishes when it reaches the goal of either team. The game can last from anything from four minutes to five hours and features as many as 350 players.

Spooky Scotland wishes all our readers a happy and prosperous New Year or as we would say in Scots: lang may yer lum reek. (The literal translation is Long may your chimney smoke!)

Please share our spooky best wishes using the icons below where you can copy the link to your social media sites. 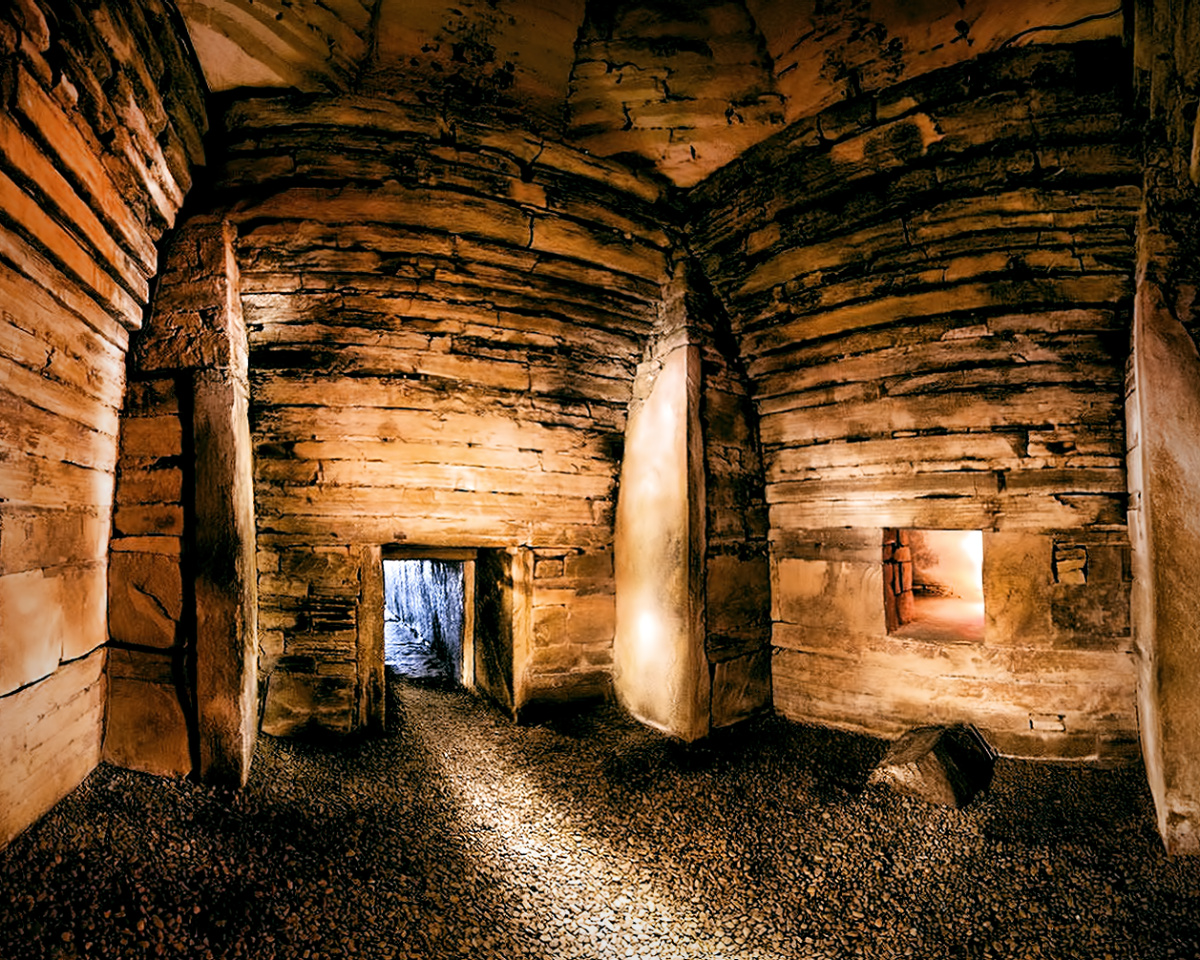 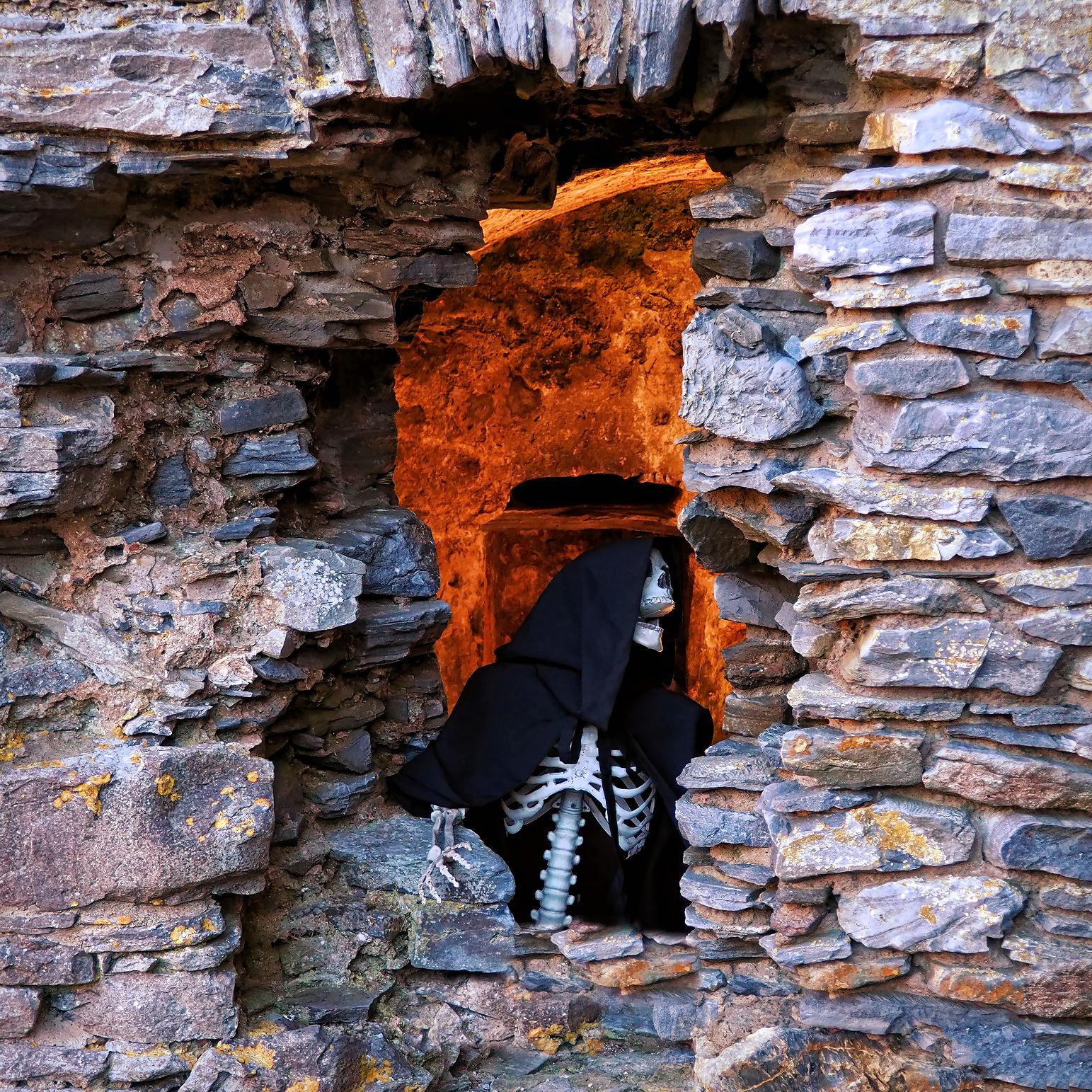 The Scottish Origins of Halloween

Halloween began in the dawn of history as a Celtic harvest festival called Samhain (pronounced sow-in). We know from the alignments of the Neolithic...