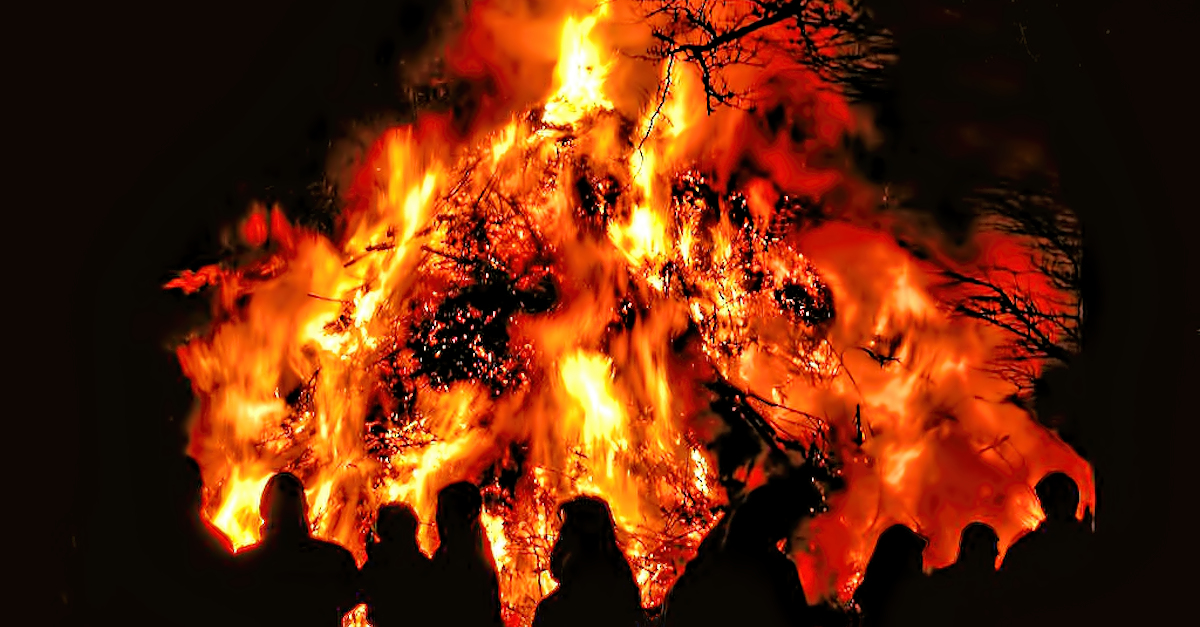 At Spooky Scotland we were very excited to get the following article published in The Spooky Isles, a website with a large following. You can also read our article at Janet Horne, The Burning of the Last Witch in Scotland.

Ignorance and fear make dangerous bed fellows! In the wake of the Protestant Reformation, a frenzied fear of witchcraft spread across Europe during the 16th to 18th centuries. Ignorance lay at the heart of this fear: ignorance about crop failure and other disasters, ignorance about disease and death at childbirth and in the case of Janet Horne and her daughter, ignorance about senile dementia and deformities. Janet Horne is reputed to be the last person to be burnt as a witch in Scotland. She was a real person. Her story is truly poignant. Today her ghost is said to haunt the spot where she met her fate.

Who was Janet Horne?

Janet began her early years as a lady’s maid, in whose service she travelled abroad. Upon her return, she married, and the couple had a daughter. Little is known about what happened during the intervening years or what happened to her husband. Indeed, Janet may not even be her first name: Janet was a generic name given to witches in Scotland.   Sometime, near the end of her life, Janet and her daughter moved into the small close-knit community of Loth, some twenty miles north of Dornoch, the administrative capital of the county of Sutherland.

Old and suffering from the early stages of dementia, the locals viewed her with suspicion. Janet’s neighbours noticed that her daughter’s hands and feet were deformed and looked like hooves. Their fears escalated. Soon the whispers began. Janet must be a witch! During her nefarious practices, she must have transformed her daughter into a pony and had her shod by the devil so she could travel around the countryside doing her master’s evil bidding! They reasoned that she had driven her human steed so hard that she was left lame in both hand and foot.

Janet Horne On Trial for Witchcraft

Janet and her daughter were taken to Dornoch and imprisoned in the old tollbooth in the town square. Both women were hauled before the depute sheriff, Captain David Ross of Little Dean and charged with ‘bewitching pigs and poultry’. The women’s legal options were very limited, and the trial was rushed through. As part of her trial, Janet was asked to recite the Lord’s prayer in Gaelic. In her confused state, the old woman misquoted the first line. From that point, the woman’s fate was sealed. It was taken as damning evidence that Janet was in league with the devil.

Both women were found guilty and sentenced to death the following day. However, the daughter managed to escape. Poor Janet was left alone to face her punishment.  She was stripped, tarred and feathered and then paraded through the streets in a barrel. In most witchcraft cases, those found guilty were strangled and then their bodies were burnt so that they could not return from the grave. Poor Janet was not given even that scrap of humanity. Instead, she was to be burnt alive.

Mercifully, Janet’s mental faculties were such that she was unaware of the horror that awaited her. It was apparently a chilly morning, and she smiled as she warmed her hands on the pyre of burning wood, saying “Oh what a bonny blaze.”

Nine years later, the Witchcraft Act 1563, which had made witchcraft a capital offence, was repealed. Unfortunately, it was nine years too late for Janet. As it was, her trial was illegal. The depute sheriff did not have the authority to try and condemn her as a witch. Today a stone marks the place were Janet was executed. Alas, even the lasting memorial to her memory is inaccurate. It has the year of her death as 1722 rather than 1727.

Is it any wonder that this poor vulnerable woman’s ghost has never left the scene of her death? Those who have seen her sceptre say that she is still desperately struggling as she is consumed by phantom flames.