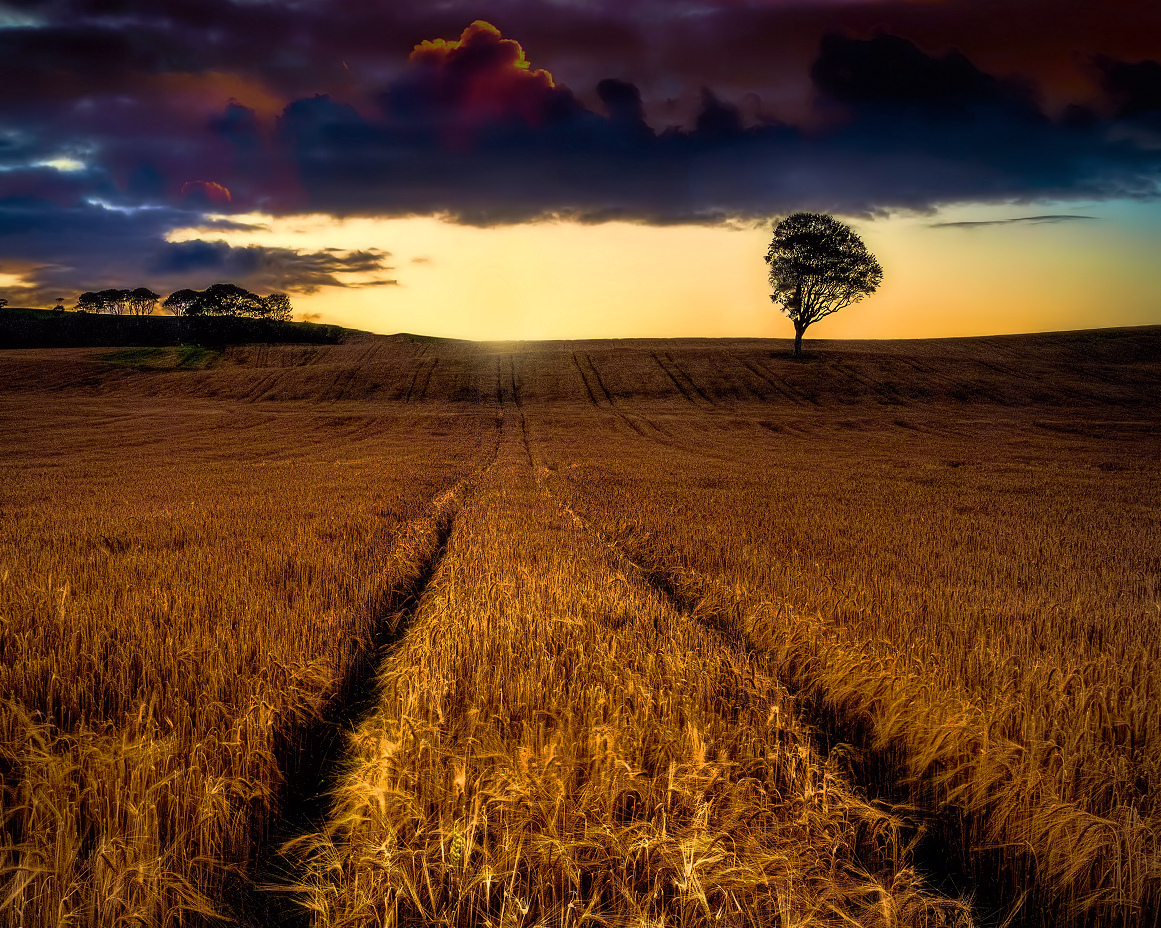 Lughnasadh is a festival where the first fruits of the harvest are celebrated on the 1st August. It has its origins in two separate festivals. Firstly, it is the Celtic festival of Lunastal, Lunasdal or Lughnasadh, making it one of the Gaelic quarter-day festivals along with Imbolc, Beltane and Samhain. Later the quarter-day festivals would become the four divisions of the legal year, historically used as the days when contracts and leases would begin and end, servants would be hired or dismissed, and rent, interest on loans, and ministers’ stipends would become due.  Lughnasadh or Lunastal is named after the Celtic Sun God Lugh.

Alternatively, it is known as Lammas, a word which comes from the Anglo-Saxon half-maesse or hlàmmaesse meaning loaf mass or loaf feast.

Lugh was a sun god, worshipped throughout the Celtic world. In Gaul, he was known as Lugus or Lug. In Wales, he was Lleu while in Ireland, he was called Lugh or Lug. It is said Lugh instituted the festival in honour of his foster mother Tailltui and the first Tailleten festival was held where she was buried. The original festival takes place in Teltown, County Meath, Ireland and involved games, horse racing, fairs, couplings and handfastings. However, the festivals soon spread and became part of the Scottish calendar as well.

Lammas: a festival of grain

Lammas is a festival of grain which honours the ground, the fruits of the harvest and its associated spirits. These spirits were captured in corn dollies over the coming year. This has been incorporated into modern Christianity where a loaf of bread is offered to the church in modern-day harvest festivals.

In Scotland, there were many traditions associated with Lughnasadh. In modern times, many of the old ways are being lost. Alas, with increased urbanisation, the connection people once had with the land, the passing of the seasons and the turning of the cosmos is becoming increasingly tenuous. Many of the rituals were carried out to protect the harvest and the wellbeing of their livestock.

Traditionally, Lammas Fairs were held across the length and breadth of Scotland. It was marked by bonfires, races and games. ‘Feeing markets’ would have been held at these events, where the farmer labourers would seek out new employment. However, the big attraction of the Lammas Fair was the marriage market. This was a time when people would be handfasted, which was a form of trial marriage which lasted for a year. Inevitably, during the Protestant Reformation, the practice of Handfasting was frowned upon by the clergy and soon the practise fell out of favour.

F Marian McNeil writes of the Lammas feasts in Lerwick. This marked the end of the white fishing season. Here the feasts were called  ‘The Fisherman’s Foy’ or the ‘Lammas Foy’. She describes how the feast tables would be laid out with scones, oatcakes, butter, eggs, smoked ham and a wind-dried meat called vivda.

Until recent times the vast majority of Scotland’s population lived off of the land in rural settings. Around Lughnasadh, the crofters and smallholders came back from their sheilings. A sheiling was a kind of mountain bothy or hut that farmers and their families lived in during the summer so their livestock could graze common land. This form of transhumance agriculture was a common practice in Scotland. It was a way of life which had almost disappeared by the end of the 17th century.

The crofters were very superstitious and a whole raft of rituals were performed as part of their everyday life. Returning from the Sheiling was a big event and therefore, this too had to be marked by ritual. As a result, the crofter’s wife would make what was termed the removal cheese, mulachag imrich.

“On Lammas Day, when the cattle were brought down to the Strath from the summer pastures, Highland mothers used to give the children and all who had been at the sheiling a small cheese of curds made from that day’s milk, for luck and goodwill, and the curds and butter were especially prepared for a high feast held that day. The Lammas cheese was probably a kind of crowdie.”

‘Saining’ the cattle was carried out by the old women and it was thought that this would keep evil at bay for the next three months. Tar was put on their tails and ears.

In addition, charms or ‘òradhs’ were sung to the udders of the cows.  Red and blue threads weaved into their tails. Horses and cattle were taken for a swim in the sea as a form of blessing and saining. Balls of bulls’ hair or ‘rolag’ were also left in the milk pails. Alternatively, herbal sachets might be used.

Those who worked the land believed that the “Spirit of the Harvest” lived in the grain and would move ahead of the reapers as they worked, eventually coming to rest in the last grain to be cut. In Scotland, this spirit is called the Cailleach or the Earth-Mother.

Harvesting was back-breaking work, which involved the whole community. Grain would be cut by hand using a scythe. Those following behind would tie the bundles of grain into sheaves and then stack them to dry in ‘stooks’. Thus, it became traditional in Scotland that the Cailleach doll would be produced from the wheat, oats or barley harvested from the first field. This corn doll or the Cailleach doll would then be placed in the next farmer’s field and so on until it was placed in the last farm to be harvested in the area. People did not want this doll as it meant housing the Cailleach and looking after her all winter. This doll was usually ploughed back into the fields in spring around  Imbolc thus completing the cycle every year.

In conclusion, the quarter-day festivals remind us that for our ancestors the wheel of the year was inexorably linked to the land. It can be difficult for us, in our technology-dependent culture, to comprehend how important agriculture and the lengthening and shortening of daylight hours were to peoples in the past: harvest yields literally meant life or death. Living off the land was a hard existence: they were at the mercy of the Gods. Is it any wonder that the people turned to ritual to placate these long-forgotten Celtic deities?

← Old Post: The Selkie and The Otter King New Post: MacBeth: The Man, the Myth, the Legend → 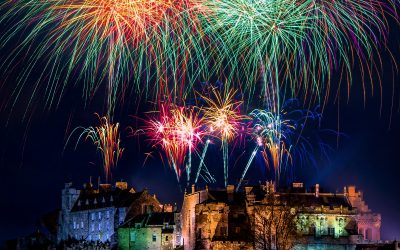 Hogmanay is by far the biggest celebration in the Scottish year. Traditionally it surpasses Christmas in the degree to which it is celebrated. But...